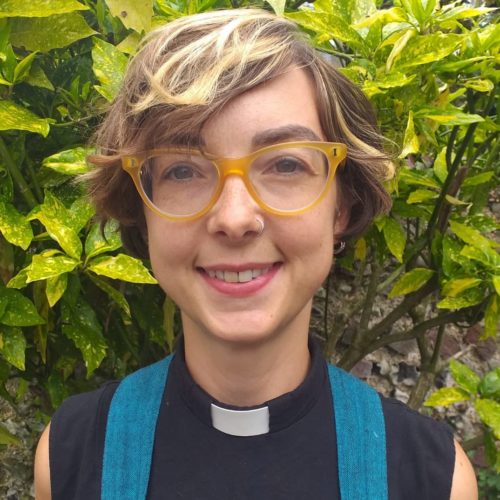 Tutor in Chaplaincy and Practical Theology

Jenny is a university chaplain at King’s College London.  She was ordained in the Church of England in 2016 and worked in two churches in north Lambeth before moving to King’s in 2019.

She enjoys yoga and going to the cinema, and lives with her husband Stephen, black cat Satine, and one lodger in Brighton.  She is in a wild swimming group called ‘The Flamingos’ who she likes to go on holiday with as often as possible

Jenny’s doctorate was in Feminist Practical Theology.  Her research interests include: faith and feminism, faith at university, emerging adulthood, faith development theories, practical theology especially involving qualitative research, and chaplaincy.  She is writing a book with SCM Press about the faith and gendered experiences of Christian women at university.