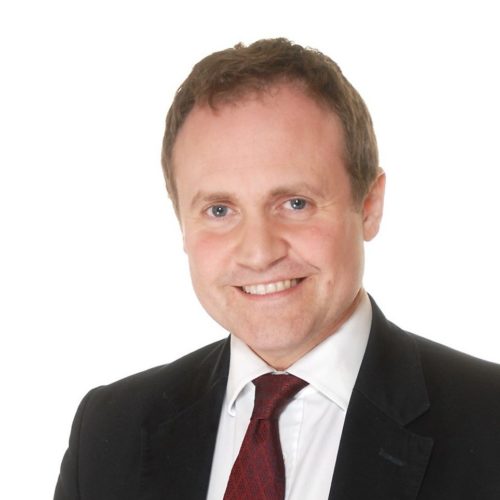 “Having studied Christian and Islamic theology, I understand and appreciate the importance of the work of the College in understanding the faith that has shaped our world. I am honoured to support the College as it continues to grow and help minds prosper. St Augustine’s is well regarded in the community and I hope this continues for many years to come.”

Tom Tugendhat left the British Army in July 2013 after a career in which he served on operations in Iraq and Afghanistan and, most recently, as the military assistant to the Chief of the Defence Staff. As a Territorial Army officer he worked on everything from operations in Iraq and Afghanistan to establishing the Armed Forces Muslim Association. He also worked for the Foreign Office and helped set up the National Security Council of Afghanistan and the government in Helmand Province.

Having grown up in London and Sellinge, near Ashford, he read Theology at Bristol University where he also worked in the local homeless shelter in the St Paul’s area. Tom then studied for a Masters’ degree in Islamics at Cambridge University. His study included learning Arabic in Yemen.

After graduating, Tom went to Beirut as a journalist where he wrote about the conflict as well as regional politics and economics. He saw first hand the threat of radicalism and the trends that later became clear with the growth of Al Qaeda.

Spotting a gap in the market he also established one of Lebanon’s first public relations companies and won major international clients. On returning to the UK, Tom was a management consultant before going into energy analysis in the City. At the same time he joined the Territorial Army.

When the Iraq War broke out in 2003, Tom was mobilised as an Arabic-speaking intelligence officer to serve with the Royal Marines. He went in as part of Op TELIC, the invasion of Iraq. After the war he returned to his job in the City but was asked to help with the distribution of the New Iraqi Dinar as part of the economic reconstruction effort. Over the next six months he ran the central region – Baghdad and surrounding cities – and distributed much of the $4.5 billion-worth of cash that went into Iraq.

The next year saw a series of projects conducted on behalf of the British government and companies including helping to improve the Morocco’s ports to ensure they were compliant with modern protocols. In 2005, Tom was asked by the Foreign Office to go to Afghanistan and help grow the National Security Council. Working in the Dari language, the project involved setting the strategic goals for a new office that coordinated Afghanistan’s strategic advice to President Karzai.

When one of the members of the National Security Council was named governor of Helmand Province, he asked for Tom to go with him as his adviser. Together, and this time working in Pashto, the language of southern Afghanistan, they set up the first non-warlord administration in Helmand since the Soviet invasion.

After two years in Afghanistan Tom returned to the UK but his former Royal Marines unit was deploying to Helmand and asked him to go too. He agreed to be mobilised and served operationally for a further two years, for which he received the MBE, coming off his last patrol in July 2009.

On returning to the UK, Tom was asked by the new Chief of the General Staff (the head of the British Army) to work on the Army Strategy Team helping prepare for the Strategic Defence and Security Review.

When the Chief of the General Staff was made Chief of the Defence Staff (the professional head of the British Armed Forces) he asked Tom to serve as his military assistant and principal adviser. Tom remains a reserve officer.

In July 2017, Tom was elected as the Chair of the Foreign Affairs Select Committee. Tom sits on the Speakers’ Works of Art Committee of the House of Commons and is working on dementia issues.  He is a Dementia Friend and an active supporter of the Alzheimer’s Society.

Tom is married to Anissia and they have two children.