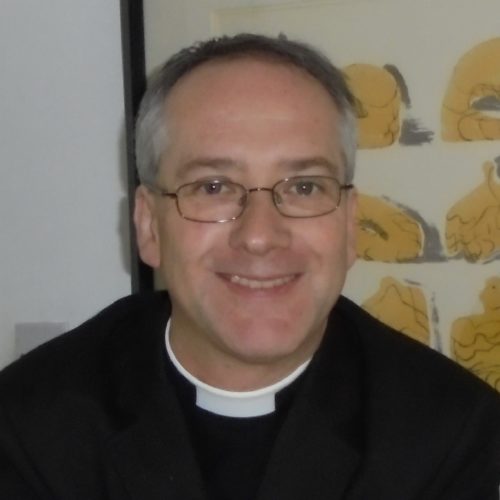 “Students at St Augustine’s College are the happiest and most highly motivated I have ever taught. And there are few things more rewarding than helping them to discover how the best insights of modern scholarship can inform and enliven Bible study, preaching and current theological debate. Students find both scholarly depth and practical usefulness in their studies of the Gospels, Paul’s Letters and the Book of Revelation.”

Stephen enjoys a varied and energetic ministry among the young, diverse community at Kent University where he is Anglican Chaplain. As a parish priest he leads the ministry team in the nearby village of Blean.

Stephen undertook postgraduate studies at both King’s College, London and Oxford University (where he also read Theology as an undergraduate) in the areas of New Testament and Biblical Interpretation, sitting at the feet of a stunning generation of teachers and lecturers including N T Wright, J L Houlden and G N Stanton. For 16 years he taught degree modules on the Bible and Christianity, as well as Islam, in Kent’s top-ranking Religious Studies department. He is a Fellow of the Higher Education Academy, having demonstrated nationally recognised standards of excellence in the delivery of degree-level teaching.

Stephen lives with his wife and young son on the edge of Canterbury. In his spare time he enjoys studying and writing about British landscape painting. In 2014 he was elected Fellow of the Society of Antiquaries (London) in recognition of his writing and research across the fields of the visual arts, the environment, poetry and theology.

Book Reviews and Other Articles