Meet the Archdeacon of Hastings and Council Member – Edward Dowler

The Venerable Dr Edward Dowler is Archdeacon of Hastings in the Diocese of Chichester, and a member of the Council of Reference for St Augustine’s. We asked him to tell us about his role and how he sees the role of St Augustine’s in training ministers for the future Church of England. 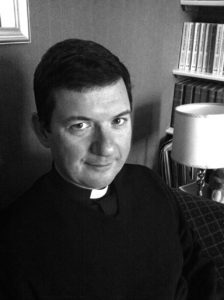 The Diocese of Chichester covers East and West Sussex, and as Archdeacon of Hastings, I cover most of East Sussex. Archdeacons are there to support the life of the local churches in their area, and help the Bishop carry out his ministry. Our role is often associated with things like appointments, law, finance and discipline.

Before coming here I was vicar of a parish in London for six years, but the longest part of my career was spent on the academic staff of another theological college: St Stephen’s House, University of Oxford. I love teaching, and was sad to leave the joys and privileges of interacting with students behind, so I’m delighted to have a role at St Augustine’s.

Many of our ordinands from the diocese train here, so there’s a close relationship between the diocese and the college. With my long association with theological education I know what it’s like from the inside, so I hope can offer what I hope are constructive contributions, and was glad to be nominated to represent the diocese on the Council of Reference in 2019.

One of the standard concerns about non-residential courses is that there may be less of a community and less sense of the formation of the whole person, which is important because to be a priest is to give your whole life, rather than undertake a certain set of tasks. It’s good therefore that St Augustine’s has the base at West Malling which gives the college a really distinctive identity as a community of prayer and formation. It’s unusual to find a monastic community and a college linked on the same site, and is something very special.

Although in the Church of England most religious communities were re-founded from the 19th century onwards, there is a deeper level on which the Church and Anglican life and spirituality are historically rooted in the Benedictine ethos, with a focus on the importance of daily prayer and a structured rhythm of life, work and worship.

I think the difficult thing for all theological colleges at the moment is the sense of uncertainty. How can we plan for the future at the moment?

A priest is a minister of word and sacrament. At the centre of this is the celebration of the Eucharist. The modern Church calls for clergy who versatile in new contexts in a fast-changing world. Some things stay the same but others may be very different from year to year, as we have seen in 2020.

To meet the contemporary challenges of the Church of England, we need clergy who are adept at communicating the word of God in many different settings, including many where people have very little background knowledge. This is where academic formation is so important. We need people who are not just knowledgeable about it, but who are also caught up in it and engaged by it.

As ministers of sacrament, we need to be able to communicate the good news of Christ and the Kingdom of God not just in words but in actions so that in the life of parish churches and other communities people can see signs of the Kingdom of God and the presence of Christ in those places. We need the ability to find the right ways to communicate the gospels through non-verbal signs, which include how we interact with people in our whole life.

So my hope for students at St Augustine’s is that they see college as just the start of learning and discovery, and are enthused about finding ways to communicate. To inspire others, we have to be inspired ourselves.